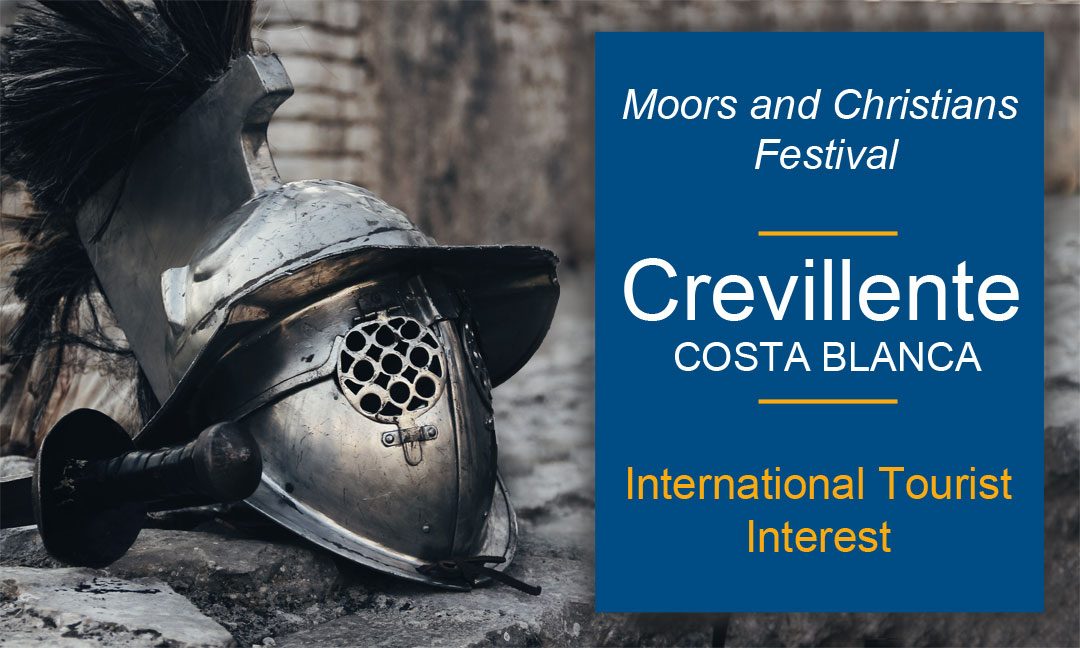 The Moors and Christians fiestas of Crevillente, south of the Alicante province, Costa Blanca, have been declared of International Tourist Interest by the Spanish Secretary of State for Tourism (Secretaria de Estado de Turismo), according to a letter dated 11th of October 2017 delivered to the Association of Moors and Christians Festival “San Francisco de Asis” of Crevillente.

This declaration of International Tourist Interest is granted to those festivals or events that represent manifestations of cultural values ​​and popular tradition, with special consideration to their ethnological characteristics and that have a special importance as a tourist attraction.

Crevillente is located in the region of Bajo Vinalopó in the south of the province of Alicante, with more than 28,000 inhabitants. The carpets of Crevillente have enjoyed great fame and its textile industry has been very relevant.

The origins of the festival

The Moors and Christians fiestas of Crevillente are celebrated since 1965 as they are known today thanks to a group of friends who decided to establish them as it was already in other locations in the province of Alicante.

The Association of Moors and Christians Festival, St. Francis of Assisi, is in charge of its organization and maintenance, coordinating different activities throughout the year.

Several details make this party original and different, among them it is worth mentioning its high women participation, something unusual, its marked historical character and its embassies where there are neither winners nor losers.

The Moors and Christians festival in Crevillente organizes on Friday the Children’s entrance and the rest of the weekend along with the Monday, the Christian and Moors parades. Everything ends with a procession in honour of the patron saint of the town and the firing of great fireworks.

The Moors and Christians Festival Association of Crevillente requested in 2013 this declaration of International Tourist Interest. The association, neighbours and different political groups of the town have already expressed their joy for this announcement that raises the distinction and importance of this festival.

This information mainly comes from the websites of the newspaper Información and tradicionesyfiestas.com. The picture is a montage made with a photo from Pexels.

Without doubt the Costa Blanca has a wide cultural and leisure offer that contributes, beyond the concept of sun and beach, to a great quality of life. For example, less than a week ago was celebrated in Alicante the departure of the mythical sailing race around the world, the Volvo Ocean race. Find out here!